A project taking place under our wider Positive Sparks initiative, Rural Sparks sees Bytes working with small groups of young people looking to tackle issues specific to the rural communities they live in.

Young people living outside of major urban centres experience a range of unique circumstances that are often missed by organisations looking to engage with them. Basic issues such as a lack of public transport infrastructure, poor digital connectivity and a limited number of jobs available to young people can all contribute to social and economic isolation for young people in rural communities. This in turn can also make it more difficult for young people to advocate for themselves.

The Rural Sparks project aims to tackle this by seeking out and engaging with young people in rural communities and giving them a platform to come together, tell their stories and organise towards a common goal. One particularly good example of how Rural Sparks works is our engagement with young people from Dungannon, Co.Tyrone, who we worked with at Dungannon’s South West College campus. A mixed group of young people from Dungannon and other nearby rural communities, the group took part in sessions with Bytes over a number of months, both completing qualifications with us and taking part in the testing of our Positive Sparks listening platform.

We were able to identify that several members of the group experienced major challenges as members of the LGBT+ community, growing up in rural communities with little support or interaction with other LGBT+ young people. Having identified this issue through listening to the voices of individual young people, we were able to work with the group and explore the issues in more detail, with the young people working on possible solutions to the challenges faced by their peers.

The next step saw us facilitating the engagement of several group members with external partners, helping them to access funding from Ratio – a social enterprise that Bytes has an ongoing partnership with – to support their goal of organising Northern Ireland’s first ‘Rural Pride’ event in 2020. This event, Mid-Ulster Pride 2020, was seen as of vital importance by the young people, as although Northern Ireland has several long standing and well attended annual Pride events, they are focused on cities and larger urban areas. For LGBT+ people in rural communities, particularly young people, the visibility and sense of solidarity that such events help to generate would be an important first step towards tackling issues such as social isolation, bullying and poor mental health that the group themselves highlighted as being major concerns for LGBT+ young people in rural Northern Ireland.

The funding that the group accessed helped them to advertise – and produce merchandise to help support – the successful launch event for Mid-Ulster Pride 2020, which was held in February 2020. However, the outbreak of COVID-19 and subsequent restrictions on public events force the planned parade, in summer 2020, to be postponed. Regardless, the work of the young organisers behind Mid-Ulster Pride is a brilliant example of young people reimagining their future and organising together around a common goal. 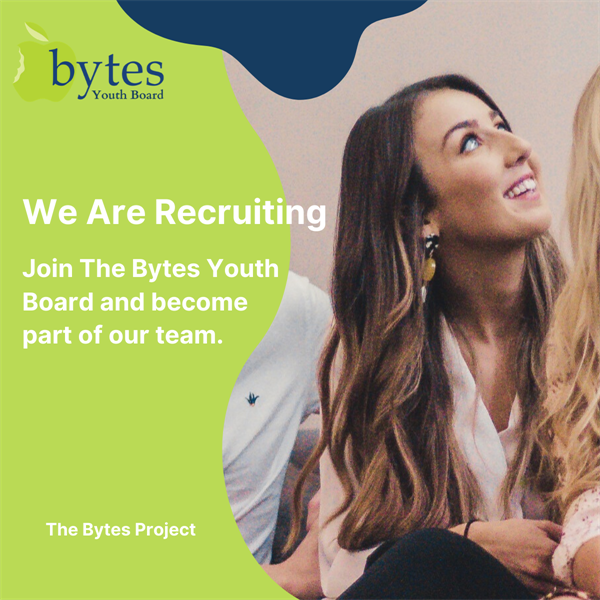 The Bytes Project is registered with The Charity
Commission for Northern Ireland NIC105711.